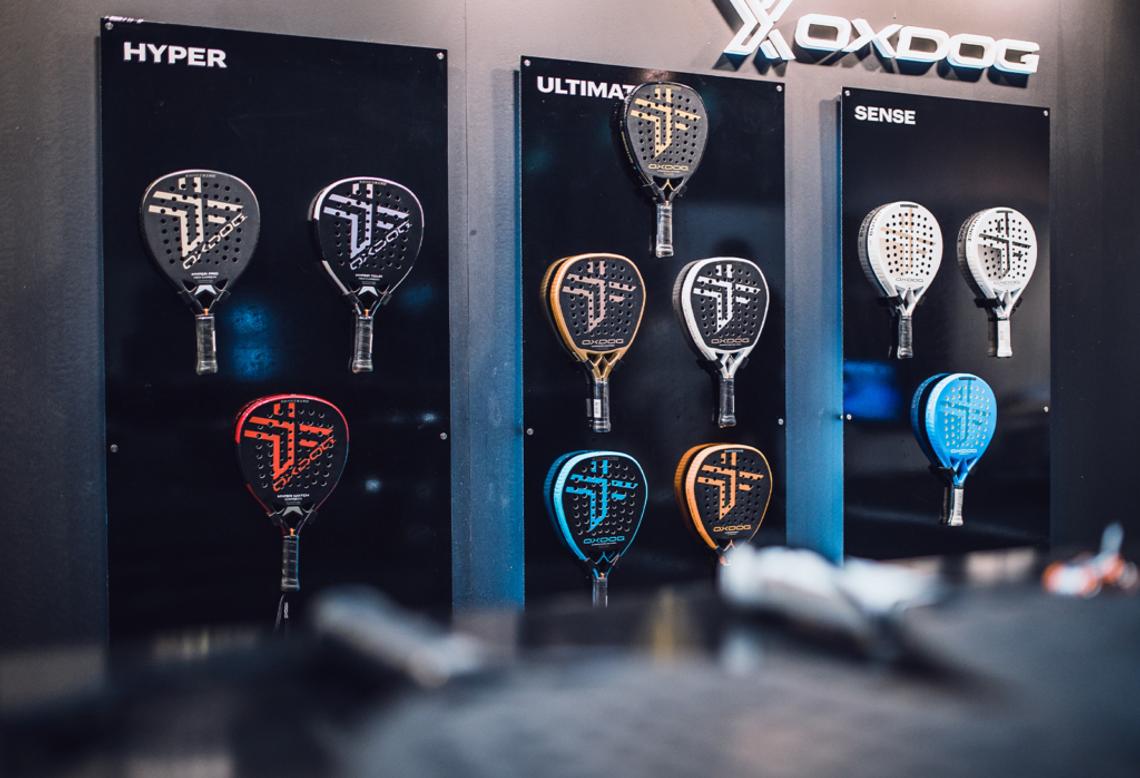 The first padel collection from Oxdog

The Swedish sports company Oxdog is now launching their padel collection: a series of rackets that, with their outstanding technical innovations, will revolutionize the game of padel.

With over 10 years of experience in developing sports accessories for top athletes and elite players, Oxdog is ready to bring something new into the growing padel market.

After more than a decade of research and development of sports materials, we know how to combine speed and ball control to create sports equipment that provides the best performance. We don’t change the rackets, we change the game of padel, says Joacim Bergstrom, CEO at Oxdog.

Oxdog’s brand new padel collection consists of three racket series for different types of players and styles – all in all 11 rackets.

The Ultimate: Power with the diamond
An innovative diamond series: the perfect combination of new technology and functional performance that will make you perform on a higher level. The most powerful series in the collection.

The Hyper: Balance with the drop
A perfectly balanced drop shaped series: well-balanced rackets that will help you in the defensive as well as the offensive game.

The Sense: Control with the round
A round shaped racket series that has been a player favorite during the test phase. Control, touch and probably the market`s most powerful round rackets.

Apart from the rackets the collection also consists of bags, apparel and accessories. Everything you need to perform and look good on and off court.

Every detail in Oxdog’s rackets is designed to improve and help players to perform at their top level. Game improving features and top-notch details makes the rackets stand out. The most impressive technical innovations that make Oxdog’s rackets unique are:

Vibradamp: Better performance with less vibrations
The Vibradamp system with a three-layer design reduces stress on your wrist, elbow and shoulder.

The launch of Oxdog’s padel collection will take place on September 22, in front of the assembled world elite at the Madrid Open.

Spain is the world’s padel center with the longest experience and most knowledge. We have built-up close collaborations with several Spanish elite players, coaches and entrepreneurs so it is natural for us to present the products there first. After launch, the series will be distributed and sold globally. We already have over ten countries that will sell Oxdog Padel, says Magnus Lundberg, padel expert at Oxdog.

The Spanish padel legend and world star Ramiro Choya is one of Oxdog’s partner in this venture. He is one of the longest-serving people in the world of padel. He began practicing padel in the late 80s and achieved great success as a player (number one in Spain and European champion).

When testing the rackets for the first time I instantly felt that these were rackets with great control, that makes it easier to play the ball in the direction you want and to find the right angles. When playing with Oxdog’s rackets I can really feel that the innovations and the new technology are helping me in different parts of my game. I love the balance of the rackets, the absence of vibrations as well as the finish in every single detail, states Ramiro Choya.

Even before the launch, several top players worldwide have joined Team Oxdog Padel. Some of the top players who have chosen Oxdog are Jose Carlos Gaspar from Spain, Axel Holm from Sweden, Maxime Deloyer from Belgium and Henrik Sillanpää from Finland.

Everyone who has tested our rackets, from elite players to exercisers, is amazed. Our rackets really revolutionizes the game, and yes, Others Will Follow, states Oxdog founders Joacim Bergstrom and Marko Sompa.